Local cross country runners were in action on a number of fronts on Saturday.

Based on his top 7 finish, Wladyko was named to the 2016 ACAC All Conference team, repeating an honour he first achieved last season.

Wolves team mate Josh Malmsten placed 23rd and, along with Wladyko,  booked a ticket to the 2016 CCAA XC Running Championships in Sault Ste Maire on November 12. 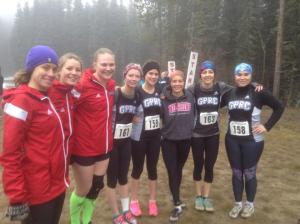 In the women’s 5 km event, Andrea Snider led the way for the Wolves with a 9th place finish. Maria Houle (19th), Kailey Bratland (24th), and Christie Shepherd (26th) were the other scoring members for GPRC.

For the 15th straight season, the Wolves women will be contesting the CCAA Championship in the Soo next month, along with Malmsten and Wladyko.

In the women’s team event, Red Deer College came out on top; the Wolves placed 5th.