Posted on September 23, 2012 by bcorcoranMHC 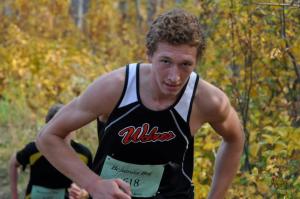 Athletes from the GPRC Wolves X-Country team and the Wolves Athletics Club claimed the top spots at the Bezanson Bog Cross Country Running races on Saturday at the Old Bezanson Townsite.

The sister-brother team of Danae and Tyson Keddie dominated the 3.2 km distance.  Fourteen year old Danae won in a time of 16:04, 4 seconds ahead of her 12 year old brother.

A total of 156 runners from across the Peace contested this year’s Bezanson Bog, Race #4 in the 2012 Wolves X-Country Running Series.  Race #5, the Grailquest, takes place next Saturday in Ft. St. John.

Also next weekend, the GPRC Wolves X-Country team is in Camrose taking on the best of the ACAC at the Augustana Open.